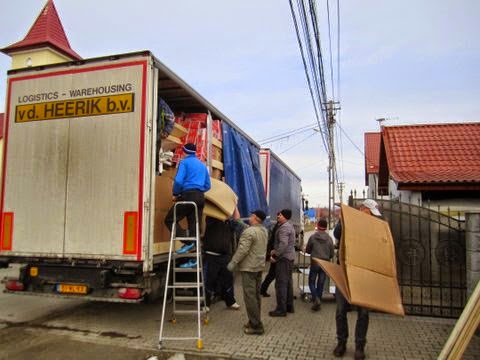 At the beginning of February we have received our first transport. It was a very nice one ,with many biscuits(which is very required), food for our food program ,cloths and furniture,medical suplies.
Last week the Foundation Diakonia Reghin , has picked up some medical boxes and and also some furniture for a new work point in Bistrita . 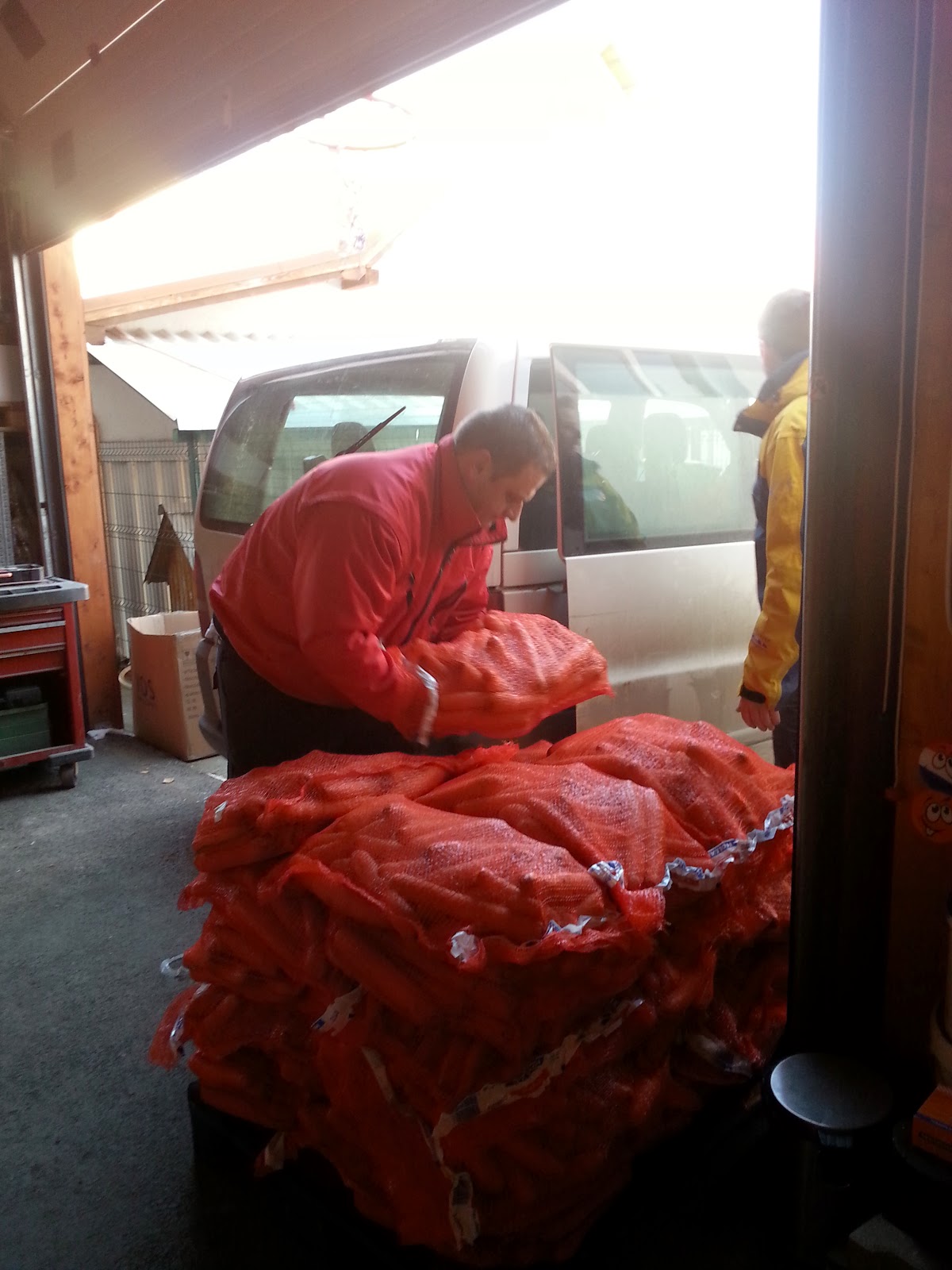 Thursday Jurien von Campina came for some food supplies for their project in the Nehemia Association .In exchange  we have received one pallet of carrots, 1 basket of tomato, 5 kg Brussels sprouts, 1 basket of broccoli.
The vegetables  were coming from Holland for a Supermarket  and because they were not satisfied with their quality,they rejected the whole truck, so Jurien could get it. Yesterday we have made a test   lunch from it , and they were delicious. Thank you for it , and hope that this kind of failures will happen other times too:-)
As we were lucking we have found one palet of monitors, wich we gave it to a school in Reghin , and also some boxes with Aspirin . One box we gave to Jurien ,some we can give for the people from the Food program and also Ildiko`s program and the rest we can give to the Diakonia Foundation. 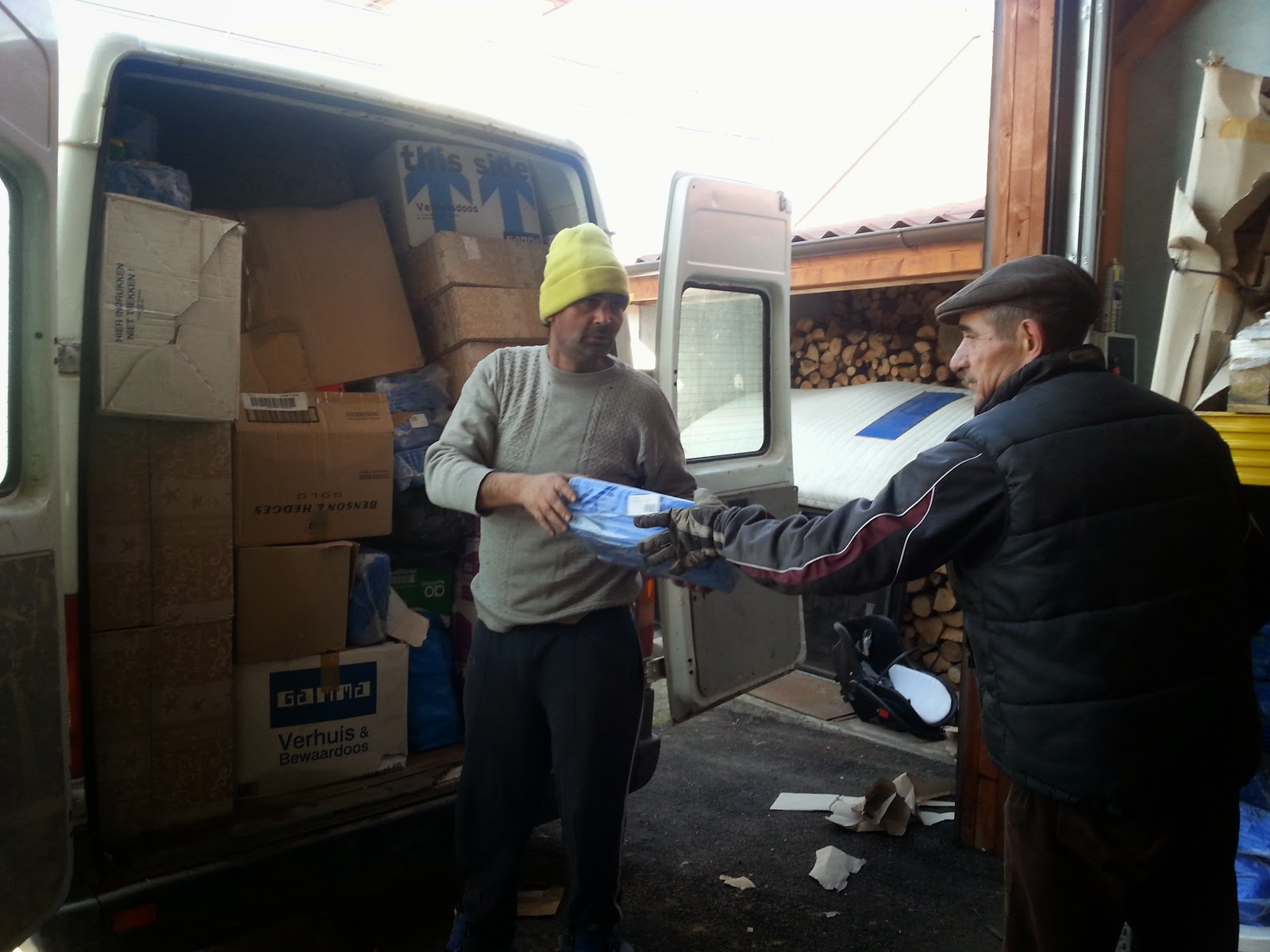 Yesterday Horea Tamasan  from Tigmandru came for a transport, we gave him some couches , clouds , bisquits and sultanas.
Julian was helping to load the van.
Fiday Csabi will fill up also  the container from Elena and next week we are expecting other contacts to .
Kind regards!
Imola&Csaba


Posted by Imola Fazakas at 7:26 AM No comments:

Reaction of Rodica from Deda with the Christmas packages 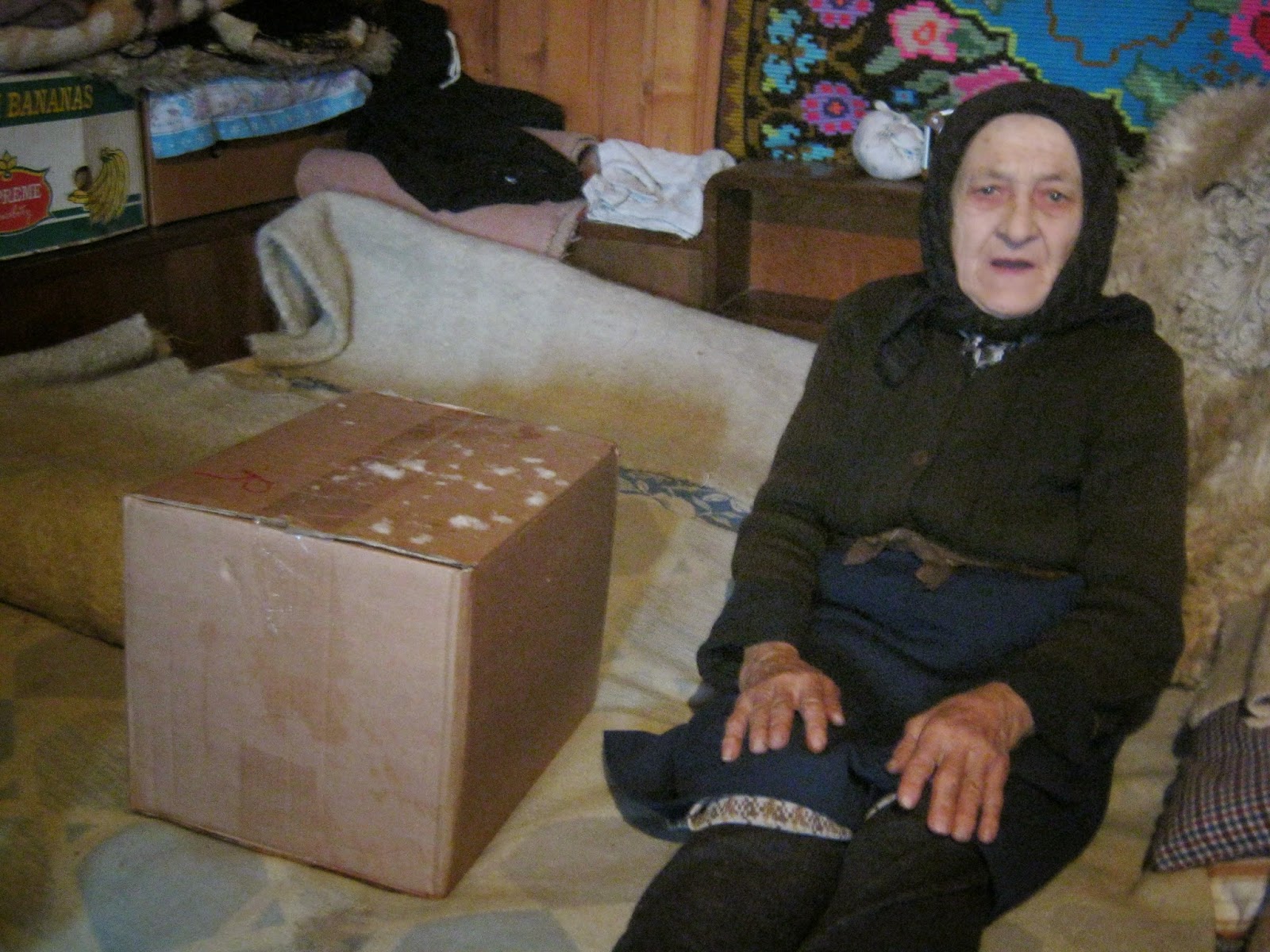 Dear members of the foundations Van den Heerik and Promotie
First of all, I want to express my gratitude because you have given me the opportunity to bring joy to some people for this Christmas. This was an unique experience for me. It is absolutely amazing to be able to help other people and to feel the joy in their eyes as they were receiving these gifts. Most of them were poor or lonely people, large families, with many children, that have a very little income or old people with no family, forgotten even by their own children. I’ve tried to go to people who, for some reason, have no support from their families, people in need, forgotten by the society. It was amazing to see the joy and happiness in their eyes as they saw me coming with gifts. It was an amazing experience. Thank you again for this opportunity. Thank you in the name of all the people who had a better Christmas this way.

I hope you will come visit our village some day, because you've definitely made some friends here.

Rodica Bindila
Link with the pictures
Posted by Imola Fazakas at 11:14 AM No comments: